Home > Japan > 3 Reasons Why You Should Register Business In Japan 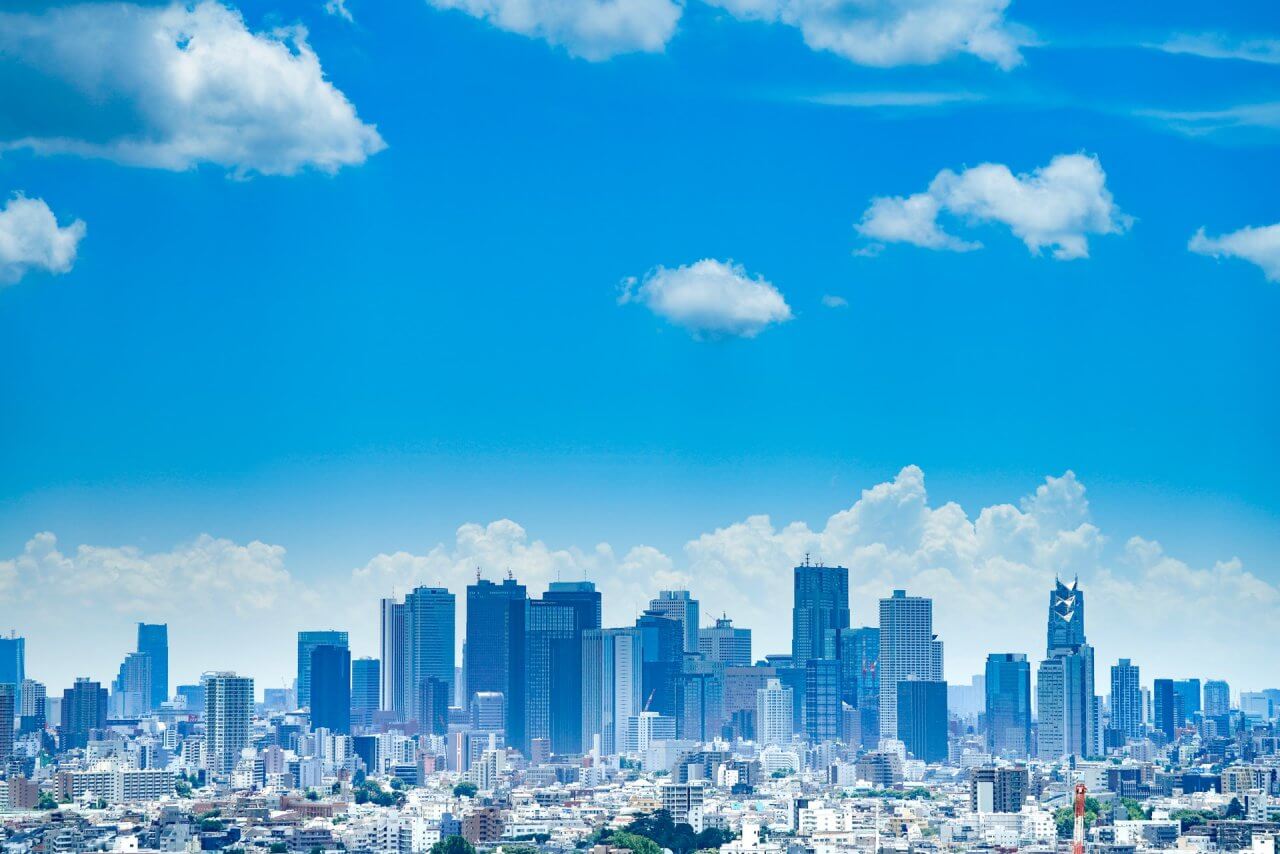 Japan has always been seen as a sort of anomaly in today’s global, interconnected economy. Whilst many countries like Singapore have managed to build an economy centred on trade or foreign investments, Japan has always had a low level of exports relative to the size of its GDP. It also receives much less foreign investment as compared to other similarly sized developed countries, and even receives less foreign direct investments than smaller countries. Despite this, they were still the world’s second-largest economy until they were overtaken by China in 2010. They are currently the third-largest economy in the world. While economic growth was previously largely driven by keiretsus that were born in the Japanese post-war economic miracle, these structures became outdated as they lacked the flexibility of smaller corporate structures. Hence, many bureaucratic barriers to register business in Japan for foreigners were removed, and they were now allowed to register company in Japan in “non-sensitive industries”.

However, certain industries of strategic importance such as the defence, cybersecurity and telecommunications and aerospace industries continue to have ownership limits for foreigners, and also require pre-screening for foreign investors purchasing a stake of 1% or more. Fortunately, the introduction of the godo kaisha or Japanese limited liability company by the Companies Act 2006 made it even easier and cheaper for foreign entities to register company in Japan. Apart from this, there are also several other reasons why you should register business in Japan. 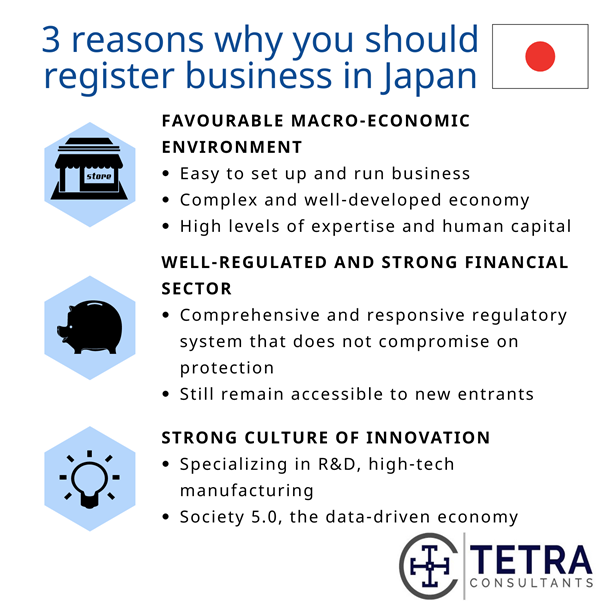 How can Tetra Consultants assist you to register business in Japan?

Japan company registration is straightforward if you are familiar with the process. With Tetra Consultants leading the engagement, you will be able to channel your time and energy into other more important aspects of business.

With our lean-and-mean mentality, you can rely on our experienced team to provide you with a seamless experience throughout the whole process of Japan business set up. Our ultimate goal is for you to conduct business with your Japan company within the stipulated time frame.

Our service package includes everything you will require for Japan company registration:

Contact us to find out more about how to register business in Japan. Our team of experts will revert within the next 24 hours.