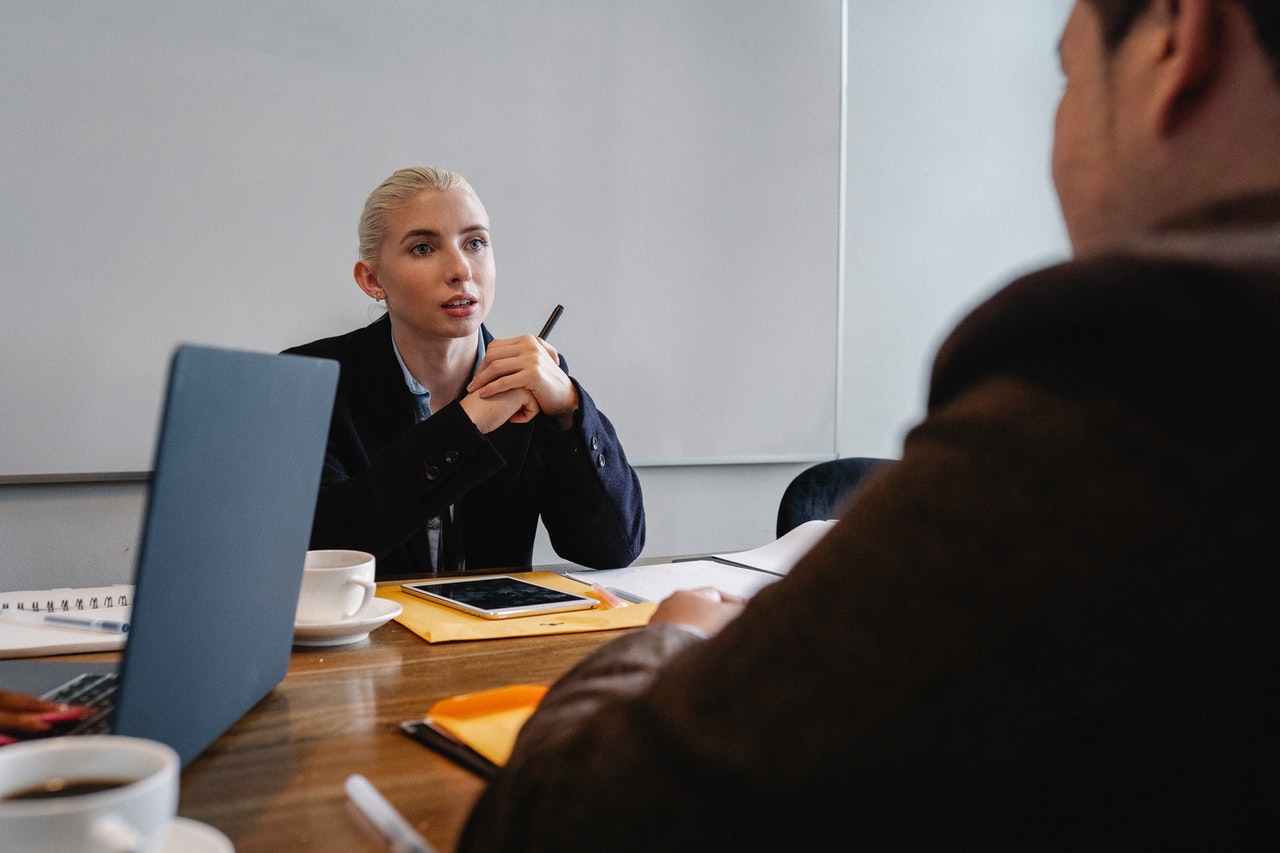 Malta has been considered a highly attractive jurisdiction for foreign investors, with each of them aiming to relocate and set up a Malta offshore company. Malta always had a strong financial services sector among the service industry and is consistently growing in tandem with emerging innovations and financial developments. Despite the small land mass the country is formed upon, it is equipped with infrastructure of optimal standards that attracts foreign investors given its well-suited business environment. Aside from its existing prime financial sectors, the country is also highly renowned for its competitive and multilingual workforces, making it easier for companies to find the right people to employ and help grow their businesses. With Malta’s rich history of commerce, trading hub and prosperity, it has inclined many investors to consider the option to register company in Malta and more specifically, a Malta holding company. Before you set up an offshore company in Malta, allow Tetra Consultants to share X advantages of a Malta holding company to help you in your decision-making. 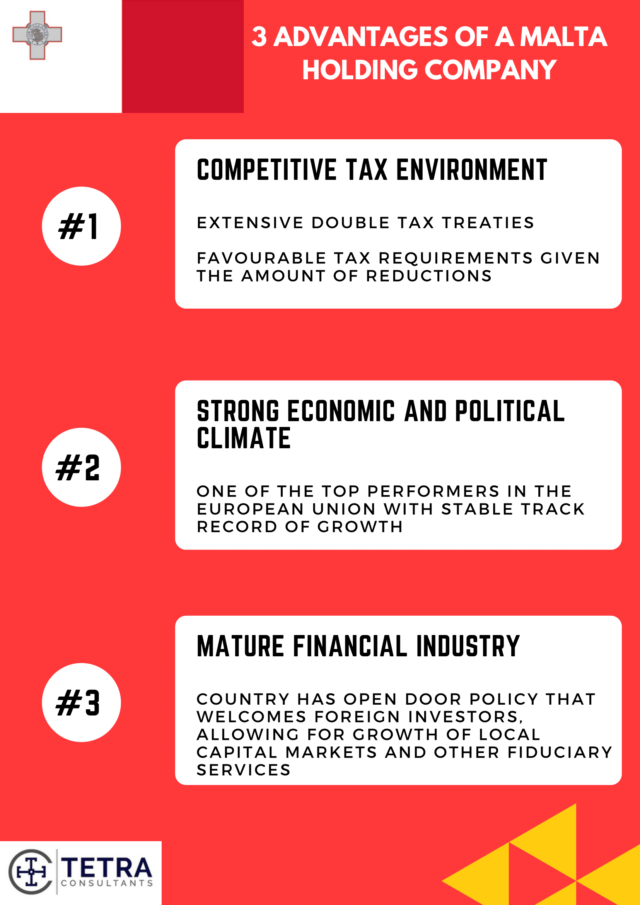 The first advantage of a Malta holding company is the competitive tax environment that many foreign investors have become interested in. The reason why Malta proposes such an attractive competitive tax environment is due to the benefits of Malta’s extensive double tax treaty network, exemption of dividends from taxation in Malta, exemption from capital gains tax on the sale of participating holdings by foreign investors and the absence of withholding taxes.

To start, Malta has an extensive network of double tax treaties with varying jurisdiction. Tax treaties, or some might know it as tax agreements, essentially allows companies or businesses to access reliefs when the same income is being taxed twice – which likely happens as a result of the country of source where the income arises is received from another country of residence. These forms of reliefs can come in the form of tax credits, tax exemptions or reduced withholding tax rates.

Lastly, it is important to note that the initial corporate income tax rate in the country is at a noticingly rate of 35% but there should be no cause of concern for foreign investors given the reliefs of various economic double taxation through the application of full imputation and refund system. As a result, most of the time tax rates are reduced to an effective rate of 0%-10% in Malta.

The second advantage of a Malta holding company is the strong economic and political climate that businesses can stand to gain benefit from when they incorporate their company in the country. In Malta, people enjoy a stable and bi-partisan political relationship where different parties are convergent on issues of national and economic importance. The country takes a non-alignment stance, which allows the country to enjoy political neutrality across international countries and not subject itself to pressure from hegemonic economies. In the recent years, Malta has demonstrated positive growth trends that proved the country’s independence and resilience, even during times of financial crises and turmoil. Between 2017 to 2019, the country registered an annual GDP growth rate between 4% to 5.5% and it remains one of the top performers in the European Union given its stable track record of growth.

The third advantage of a Malta holding company is its strong and mature financial services sector. The financial industry of Malta has demonstrated tremendous growth across the past two decades, as it cements its position as the jurisdiction of choice for investors who are looking to set up in a pro-business environment in the EU regions. At the heart of its financial industry is the country’s sole regulator of financial services which is The Malta Financial Services Authority (MFSA). The MFSA primes the country with an open-door policy which has provided opportunities and reduced strict restrictions that allowed the growth of local capital markets and other fiduciary services. Despite the size of the jurisdiction, Malta’s local capital markets are steadily thriving and developing. The Malta Stock Exchange (MSE) offers listing options for both seasoned companies as well as its Small and Medium Enterprises (SMEs) seeking to raise additional capital.

Engage Tetra Consultants as we guide you on how to register a holding company in Malta through a smooth and hassle-free process. The team provides a comprehensive service package that includes planning and strategizing with our clients to select a suitable business entity, completing the registration and documentation processes, obtaining required licenses, opening a corporate bank account, and ensuring your compliance with the government regulations.

Contact us to find out more about company registration in Malta and our dedicated and experienced team will revert within the next 24 hours.