Home > Brazil > Introduction to 4 types of companies in Brazil 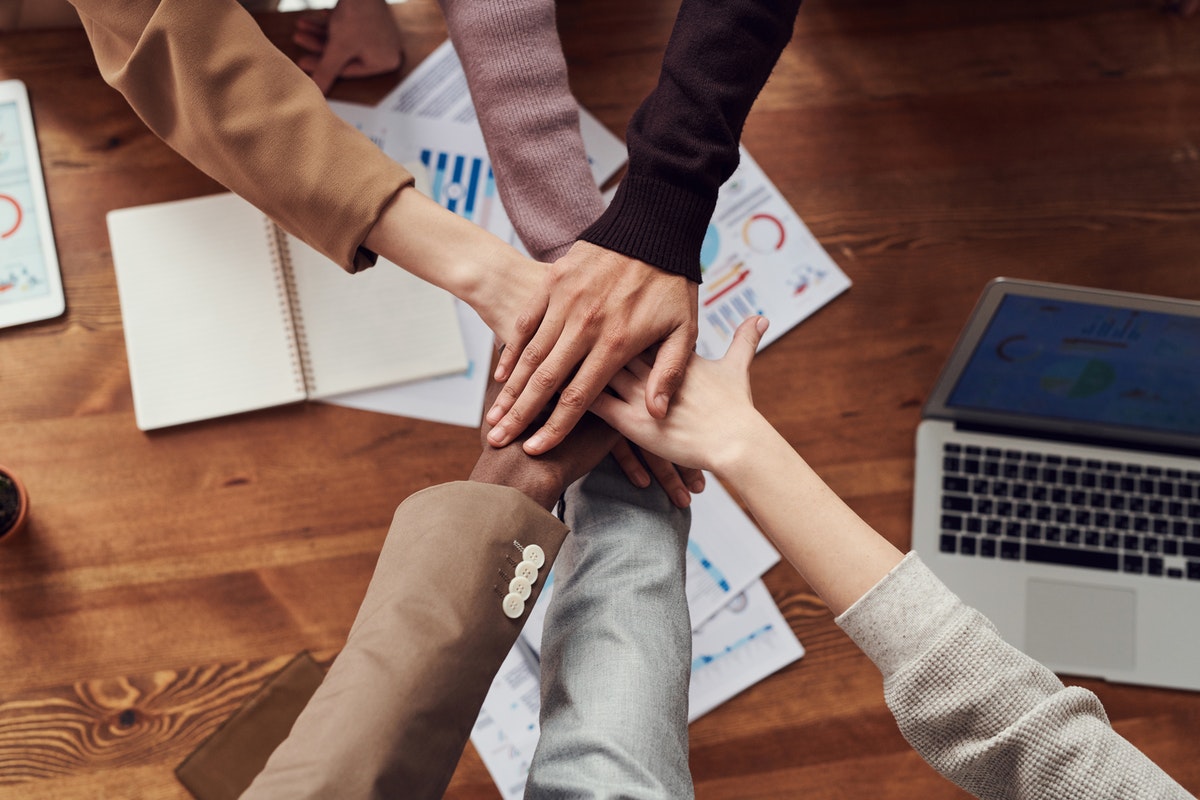 Boasting over 200 million population and ranking within the top spots of the world’s largest population, the emerging country, Brazil, has become an increasingly popular choice for many foreign and international firms to incorporate in. Brazil is part of various international organisations such as the World Trade Organisation (WTO), Southern Common Market (MERCOSUR) as well as BRICS, creating a trading hub of connectivity which appeals to many investors. Before you register company in Brazil, it is important to understand the different types of companies in Brazil. Follow Tetra Consultants to find out the x main types of companies that you can incorporate in Brazil. 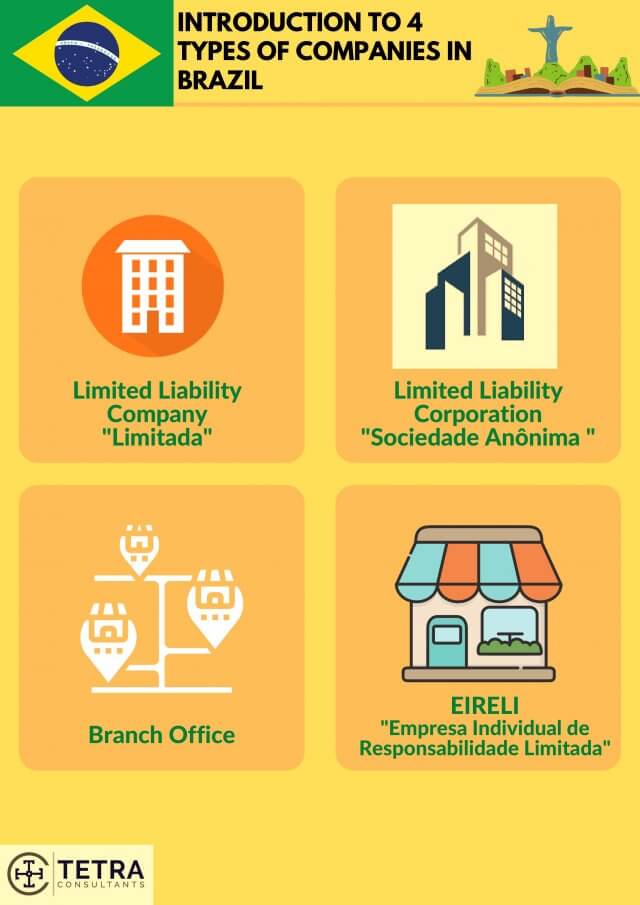 4 Main Types of Companies in Brazil:

Brazil is one of the largest markets in Latin America, with the local authorities offering several options of legal entities to be set up for international investors. As an international investor hoping to incorporate your business in Brazil, the entire process can be completed remotely under the comprehensive assistance and guidance from Tetra Consultants.

In Brazil, there are mainly 4 different types of company you can choose to incorporate as:

Do keep in mind that apart from the mentioned types of companies, Brazil allows for the formation of a “Consortium” which does not constitute a corporate entity. Continue reading to find out more about the different types of companies in Brazil.

One of the most common types of companies in Brazil that you could find operating in is none other than the Limited Liability Company, or otherwise more commonly known as “Limitada” by the locals.

The characteristics of a Limitada is in the ability to limit the responsibilities of each shareholder. Each shareholder is only limited to his or her assigned share capital. To form the Limited Liability Company, a minimum of two shareholders of any nationality are required. Non-residents shareholders have to be represented by a local representative and a minimum of one local resident director has to be appointed as well. The shareholder owning quota of more than 75% of the company has effective control over executive decisions. There is no requirement of paid-up share capital and a member is not allowed to sell their own shares without the consent of other shareholders.

The Limited Liability Corporation is governed by corporation acts and largely resembles US Subchapters C corporations. Corporations formed under the S.A are allowed to issue both voting and non-voting shares, and shareholders’ liability are each limited to the amount of shares to which he or she has subscribed to. For foreign shareholders who do not reside in Brazil, legal representatives have to be appointed.

To set up a S.A., a minimum of two shareholders (individuals and/or legal entities of any nationality) are required. Corporations incorporated in Brazil can choose to be either publicly traded(“Sociedade por Ações Aberta“) or formed privately(“Sociedade por Ações Fechada”) and decline the public access to its shares and securities. The corporation’s starting share capital has to be 100% subscribed and a minimum of 10% has to be deposited into the bank prior to its incorporation. Additionally, 5% of annual net income has to be set aside in the legal reserve until it reaches 20% of the capital. Corporations also require a Board of Directors and Administrative Council, which are to be formed by local or residents on temporary visas residing in Brazil and any nationality respectively.

For major or parent companies looking to extend their operations into Brazil, the Branch Office is another type of company in Brazil to incorporate. For the establishment of a Branch Office in Brazil, it is mandatory for the entity to retain the same name from its country of origin and a fully responsible legal representative is required at all times.

The EIRELI (Empresa Individual de Responsabilidade Limitada) is essentially a Single Holder Limited Liability Entity. EIRELI is the optimal choice for most individual entrepreneurs, and it can be incorporated under a single shareholder who will hold 100% of company shares.

EIRELI holds the same responsibilities as a Limitada and no individuals can own more than one EIRELI at once.

5. What is a Consortium?

Engage Tetra Consultants as we make your registration of  business in Brazil a smooth and hassle-free process. The team provides a comprehensive service package that includes planning and strategizing with our clients to select a suitable business entity, completing the registration and documentation processes, obtaining required licenses, opening a corporate bank account, and ensuring your compliance with the government regulations.

Contact us to find out more about company registration in Brazil and our dedicated and experienced team will revert within the next 24 hours.