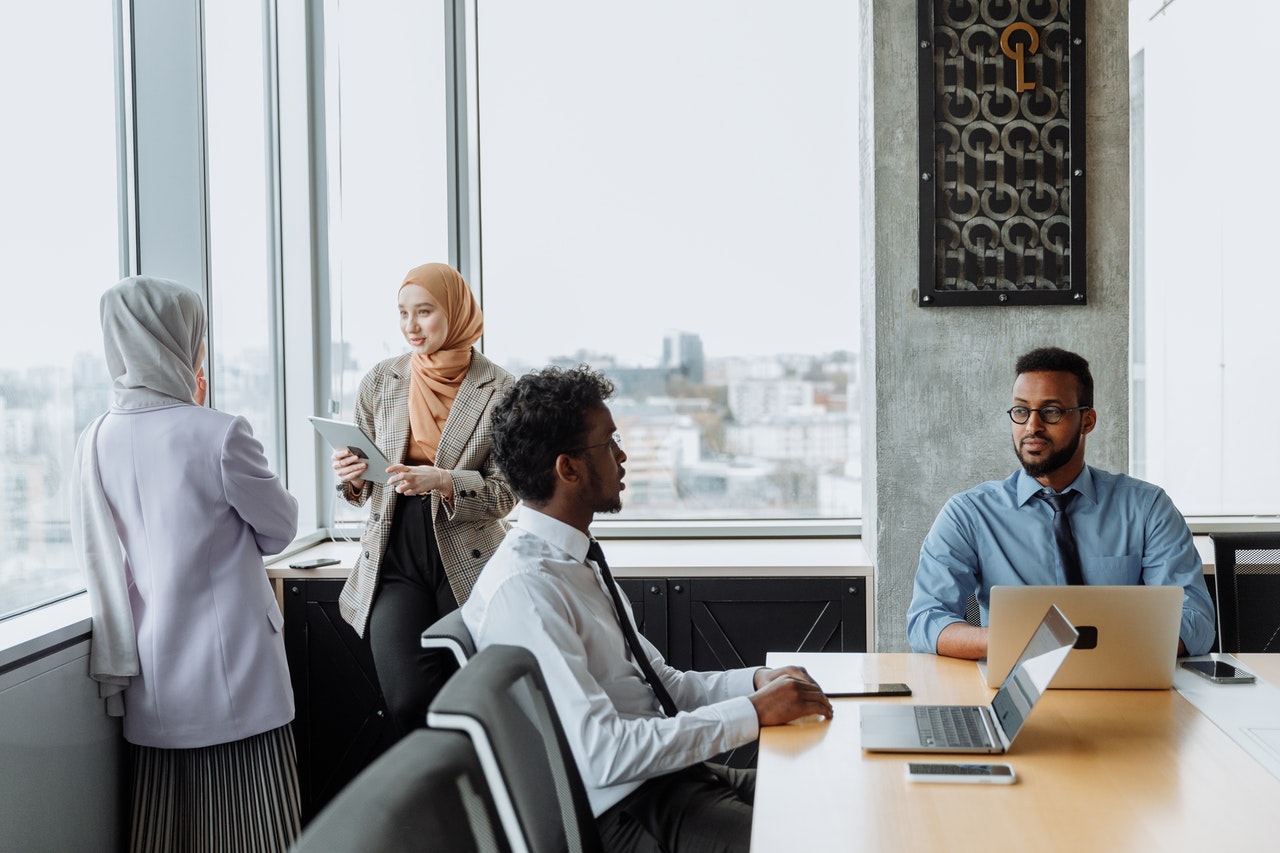 Isle of Man is an self-governing dependent territory of the Crown which is independent of the United Kingdom (U.K.) and European Union (EU). It has gained increasing attention among foreign investors as an international business and finance centre that is built upon political stability, low tax requirements and well regulated fiscal environment. The jurisdiction has also been well recognised by external bodies such as the International Monetary Fund (IMF) for its compliance to high global fiscal standards, combating international financial crime and money laundering. Isle of Man manages to establish itself as a distinct jurisdiction away from other tax haven or low tax requirements countries who often face criticism due to poor reputation associated with financial crimes. As such, it has become a popular choice for many foreign investors to register a business in Isle of Man. Before you register company in Isle of Man, allow Tetra Consultants to share 5 advantages of an Isle of Man holding company. 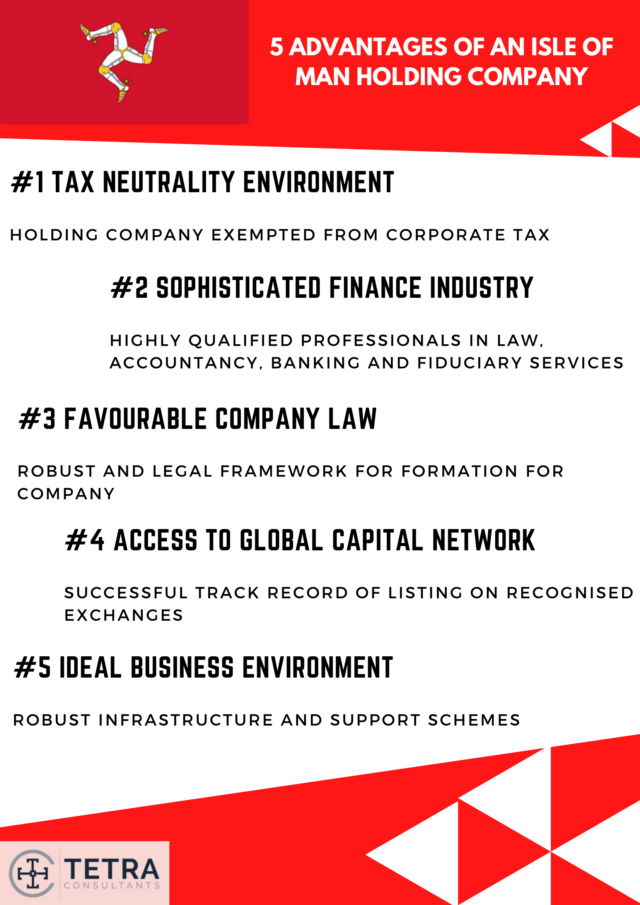 Corporate tax rates remain at a standard rate of 0% for most lines of businesses regardless if the company is owned by residents or non-residents. Exceptions to this apply to banking businesses, property-related incomes and retail businesses with profits above EUR500,000 where they face a 10%, 20% and 10% tax rate respectively. For an Isle of Man holding company, it generally need not pay any taxes on profits earned in the island but they may be subject to tax in other jurisdictions if the company is deemed to have a taxable presence in other respective locations.

The second advantage to setting up an Isle of Man holding company is that the country has a stable and sophisticated finance industry. This means that the operating environment that an Isle of Man holding company will be set up in is filled with highly qualified and motivated professionals in law, accountancy, banking and any other fiduciary services. Firms can expect that any services and contractual fulfillments will be performed and drafted to a high degree of standards and there is lesser concern for worry.

The third advantage to setting up an Isle of Man holding company is that the jurisdiction has favourable company law which provides a robust yet flexible legal framework for the formation of companies. According to The Isle of Man Companies Act 2006, during incorporation phase, companies are able to tune and be flexible in structuring their articles of association so long as it meets the expectations of investors and accommodates the requirements of listing rules. There is no prescriptive content for offering documents and companies just have to ensure that such documents have to contain at the very least material information that enables investors to make informed decisions.

The fourth advantage to setting up an Isle of Man holding company is that corporate companies in the country will be granted access to global capital markets. Apart from that, firms registered in Isle of Man have managed to establish a successful track record of listing on recognised stock exchanges in London, New York, Singapore and more.

The fifth advantage to setting up an Isle of Man holding company is the ideal business environment the country poses for businesses. The Isle of Man is known as the leading financial centre for both Small and Medium Enterprises (SMEs) as well as companies given its excellent infrastructure and business support schemes. The country is considered well connected, in both telecommunications as well as physical transportation which offers a robust interconnectivity when conducting business in Isle of Man. The country has also developed key air and sea ports, quality highways, property management as well as various infrastructure development to meet both economic and social needs of the country. The Isle of Man also practices strict regulation on data protection which establishes the obligations of those holding and controlling data, ensuring a high level of data protection in the country.

Engage Tetra Consultants as we guide you on how to register a holding company in Isle of Man in a smooth and hassle-free process. The team provides a comprehensive service package that includes planning and strategizing with our clients to select a suitable business entity, completing the registration and documentation processes, obtaining required licenses, opening a corporate bank account, and ensuring your compliance with the government regulations.

Contact us to find out more about company registration in Isle of Man and our dedicated and experienced team will revert within the next 24 hours.