Home > Delaware > 4 Reasons Why Delaware Is a Tax Haven 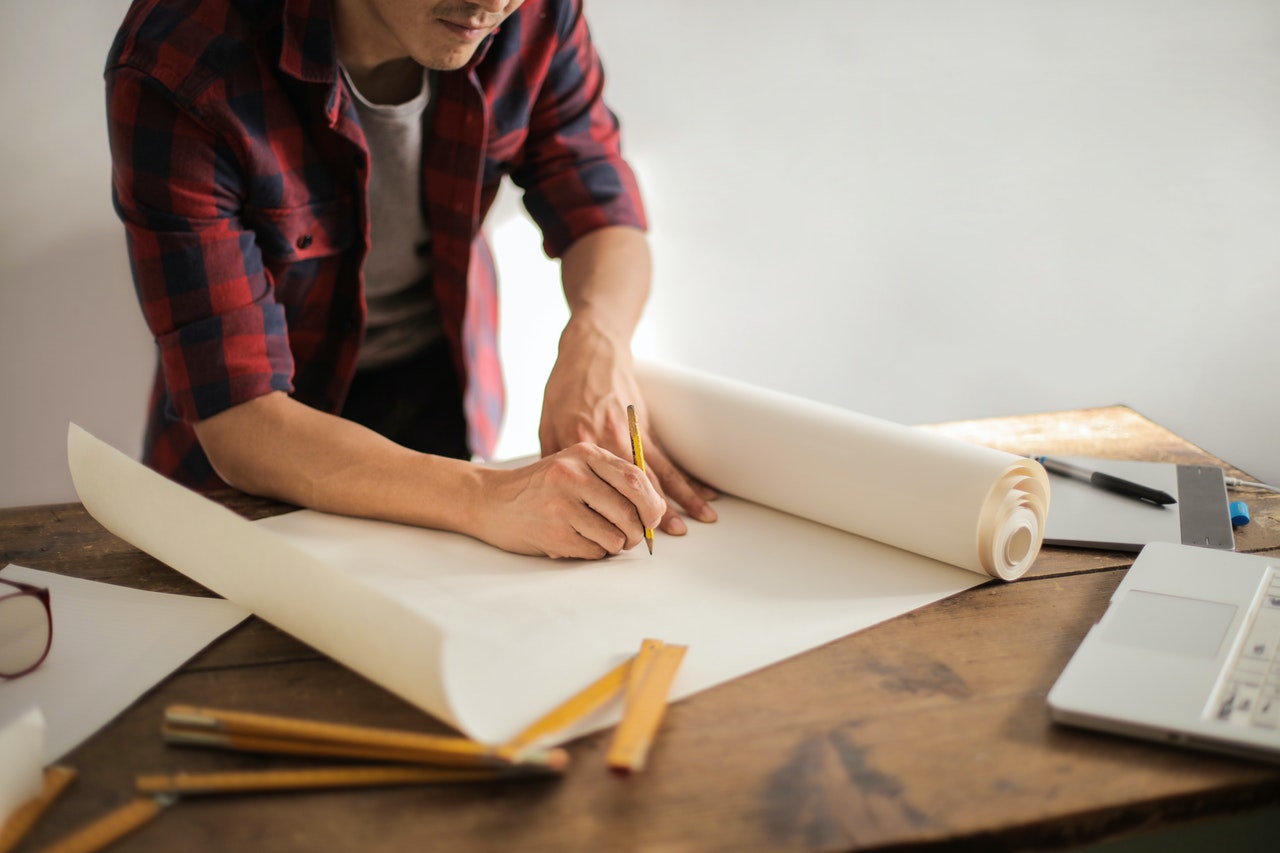 As the name suggests, tax havens usually have low or even zero tax rates and are thus used for illicit activities such as tax evasion. The definition of tax haven sometimes also includes financial secrecy and confidentiality, political and economic stability as well as an ease of doing business for foreigners. By the Financial Action Task Force and the Organization for Economic Co-operation and Development’s (OECD) standards, the United States is deemed to have been compliant with all relevant measures in the fight against money laundering and terrorist funding and having adequately strict financial reporting standards. However, this is only representative of the country on average, thus it is possible that certain states have more lax rules and may be considered to be tax havens. This is because states might have different state laws or business policies that offer more generous tax exemptions or make it easier for investors to set up companies. Delaware in particular has been highlighted as a tax haven state since it offers fixed tax rates that would be significantly cheaper than other jurisdictions’ variable rate. Franchise tax for a limited liability company costs just $300 dollars, whilst corporations pay between $175 and $400. With such attractive tax policies, it is clear to see why Delaware is being seen a tax haven despite not being on any official blacklists. Why is Delaware a tax haven? Tetra Consultants will help to answer this question and also assist you to register company in Delaware, showing you how to overcome these challenges to avoid the negative associations of your company with illicit financing activities. 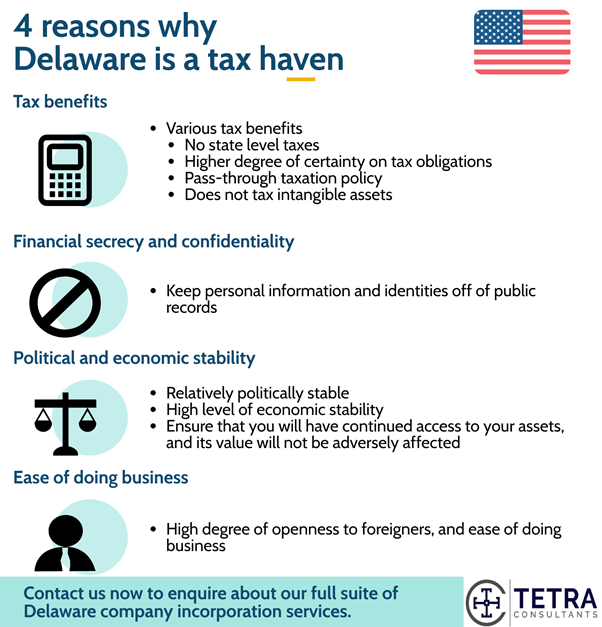 As mentioned earlier, Delaware’s taxes are calculated based on an annual flat rate that is standard for limited liability companies at $300. Corporations must pay between $175 and $400 depending on the type of type of corporation, share reporting method and the number of shares. The first implication of this flat fee is that it makes it considerably cheaper for firms, especially if they are generating more profit that would be taxed more heavily in other states that are using progressive taxation models instead. Secondly, it offers a high degree of certainty for businesses in both calculating and planning their tax obligations. This makes tax reporting easier and more accurate, making them less likely to encounter errors in reporting, and also better allows them to plan for further expansion with the taxes that would be incurred in mind. Thirdly, Delaware utilizes a pass-through taxation policy which prevents double taxation and reduces the tax burden on business owners. Lastly, Delaware does not charge tax on intangible assets. This allows you to have holdings of these income generating intangible assets in Delaware, and not incur any royalties on the generated income.

Assuming that you are forming a limited liability company, your business will be able to enjoy a high degree of financial secrecy and confidentiality that is usually associated with tax havens. Unlike other jurisdictions and company structures, you will not need to file annual reports or document board meetings and shareholder meetings. Added to this, businesses will not need to disclose who their managers and members are when filing state documents. This is because Delaware does not require the address and names of the members and managers of a limited liability company to be made public. Thus, the personal information and identities of beneficial owners will not be on public record, offering you financial secrecy and protecting your privacy.

Another important factor for tax havens is offering an adequate level of political and economic stability so that capital controls will not be imposed, preventing you from accessing your funds or assets. Political and economic stability also help to ensure that the value of your assets would not be adversely affected, and that you are able to manage them without interference.

The United States are one of the world’s most influential political systems and has close ties with many other global powers through associations such as the United Nations and North American Treaty Organization. This insulates it from external political unrest, though recent domestic tensions over racial issues have led to a drop in its Political Stability Index. This is an index released by the Global Economy that determines a country’s political stability based on other indexes from the Economist Intelligence Unit, World Economic Forum and Political Risk Services. Although they score 0.3 on a scale of -2.5 to 2.5, they are still above the global average of -0.06, making them relatively stable.

Since most of the world’s currencies are pegged to the US dollar, we can infer that the United States and thus by extension, has a high level of economic stability. It is the world’s largest economy by Gross Domestic Product at market exchange rates, and also sits on many influential international economic regulatory bodies such as the International Monetary Fund, World Bank and the World Trade Organization. This helps to reassure investors in Delaware of its economic stability.

With little to no restrictions on foreigners opening business, Delaware has a high degree of openness to foreigners, making it more likely for foreigner to want to deposit their funds and assets with Delaware. The company registration process can be completely online, and the fact that more than half of all the public corporations being set up in the USA were in Delaware really goes to show the ease and attraction of doing business in Delaware. In fact, the country has more corporate entities than people.

Delaware fulfills all four of our originally listed criteria to be a tax haven, and thus might be considered as one. While on an official level this might not be the case, unofficially, the associations with being a tax haven will definitely remain. Therefore, Tetra Consultants advises our international clients to be aware of how this would affect the credibility or reputation of their business in Delaware.

The process of Delaware company registration is hassle-free if you know how. With Tetra Consultants at the wheel, you will be able to dedicate your time and resources to other more important business channels.

With our lean-and-mean mentality, you can rely on our team of experts to provide you a seamless experience throughout the whole process of setting up a business in Delaware. Our ultimate goal is for your Delaware company to be operationally ready within the stipulated time frame of 5 weeks.

Our service package includes everything you will require to register business in Delaware:

Contact us to find out more about how to register company in Delaware. Our team of experts will revert within the next 24 hours.